Feighan will not contest next election 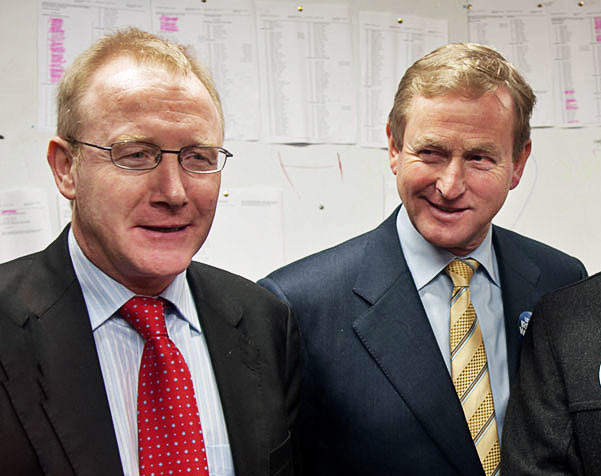 Following yesterday afternoon's shock announcement that Frank Feighan TD will not contest the next election, the media have given the news considerable space and comment. Snippets as follows:-

Irish Independent: Roscommon Fine Gael TD Frank Feighan has said frustration with the "legend" of the local hospital's status had influenced his decision to quit Dáil politics. Mr Feighan said the hospital lost its 24-hour emergency service - but has since developed a wide range of other services which make it a thriving medical hub. "The situation now is that people are talking about a shortage of parking and traffic issues. But still the legend is that Roscommon Hospital has been downgraded," Mr Feighan told the Irish Independent.

Irish Times: Fine Gael TD Frank Feighan has confirmed he will not contest the next general election. Mr Feighan, who faced a tough re-election bid in the Roscommon-South Leitrim constituency, said he made the decision in the best interests of the party.
The Journal.ie: He said the decision was personal and the party did not put pressure on him to not run in the Roscommon/Galway constituency this time around. Roscommon Hospital will always be associated with my name. And I’ll always take pride in the fact that not only is Roscommon Hospital safer, but has a long term future with a €20 million investment plan taking place there. The introduction of the air ambulance and advanced para-medics has saved many dozens of lives.
Taoiseach Enda Kenny TD: The Taoiseach praised Feighan in a separate statement, describing him as “a man of great courage, integrity and loyalty”. “I want to sincerely thank him for his hard work and excellent service to the people of Roscommon/South Leitrim over the past 16 years. “Frank has worked tirelessly to help this government deliver infrastructure projects and enhanced services to the people of Roscommon and Leitrim, including making Roscommon Hospital safer and relentlessly working to resolve the water crisis in his constituency,” Kenny said.

Fine Gael TD for Roscommon/South Leitrim, Frank Feighan, has announced that he will not contest the next general election. 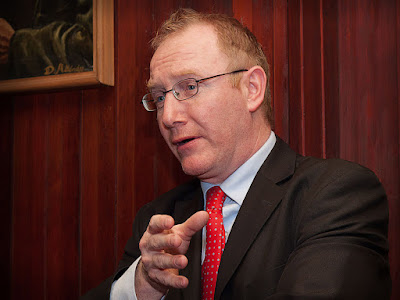 "I have decided not to put my name forward to contest the next General Election for Fine Gael in the Roscommon/Galway Constituency. This is a personal decision which is one I have not taken lightly but one I feel is taken in the best interest of my Party and my constituency. Since my re-election in Roscommon/South Leitrim more than 4 years ago I'm honoured to have played my part as a member of the Government which has restored our nation's sovereignty.

Roscommon Hospital will always be associated with my name. And I'll always take pride in the fact that not only is Roscommon Hospital safer but has a long term future with €20m investment plan taking place there. The introduction of the air ambulance and advanced para-medics has saved many dozens of lives.

"I am proud to have helped deliver over €200 million in infrastructure projects, which include:


• Helping solve the water crisis by securing up to €20 million in 2013 to resolve the poor quality of water within my constituency
• School projects in Ballinamore and Cloonakilla
• New Primary Care Centres in Ballinamore and Boyle
• Ballaghaderreen Bypass
• Delivered compensation to over 1,000 turf cutting families
• Fought and delivered compensation to Arigna Miners
• I am particularly proud of the national tourist facility in Lough Key Forest Park, Boyle which I pioneered at the commencement of my political career.

More importantly we are tackling the unemployment figures; the number of people signing on in the constituency has dropped by more than 20% since the launch of the Government's Action Plan for jobs in February 2012.

Countless other projects right across Roscommon and Leitrim have also benefitted from my active Government representation.

I have worked hard for constituents; I have always tried to be honourable and decent and I want to sincerely thank everyone who has supported me throughout my political career.

My work as a TD continues. I will continue to fulfil my mandate as the local Fine Gael TD right up until Polling Day, whenever that may be, with energy and pride."

Posted by realboyle.com at 6:35 PM